They’ve all restored their hair with cutting-edge surgery.

The latest hair transplant procedures have the power to bring healthy, youthful growth back to areas affected by thinning or baldness.

And these three celebrities have clearly enjoyed impressive results after their respective treatments.

For example, James Nesbitt has praised his restored hair with helping him land more leading roles, such as his star turn in Stan Lee’s Lucky Man.

By sharing their personal success stories, major celebrities like Nesbitt and Rooney can inspire others affected by hair loss to try a treatment for themselves.

But Wayne Rooney isn’t the only footballer to undergo a hair transplant. Cristiano Ronaldo, Cenk Tosun, and Antonio Conte have achieved amazing results too.

In fact, Conte was one of the first soccer stars to undergo a procedure, but his journey to healthy hair growth wasn’t easy.

Who is Antonio Conte?

Antonio Conte is a football manager and former player, born in Lecce, Italy, in 1969.

He became known for his incredible skill on the field during his years at Juventus, where he played in midfield.

But he’s gone on to achieve considerable success as a football manager since 2006, working with Bari, Siena, and the Italian national team.

But during his time as a midfielder, discussion focused on more than just his formidable talent — he was photographed with severe hair loss on numerous occasions in the ‘90s, despite only being in his twenties. 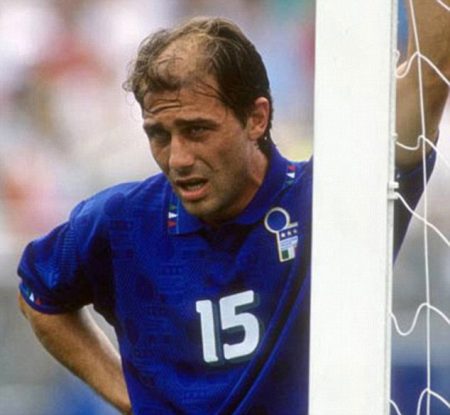 Did Antonio Conte have a hair transplant?

Conte was clearly unhappy with losing his hair, and turned to hair transplant surgery.

Antonio Conte is believed to have undergone his first hair transplant in 2000. His hair appeared thicker and healthier during that year’s UEFA European Football Championship. 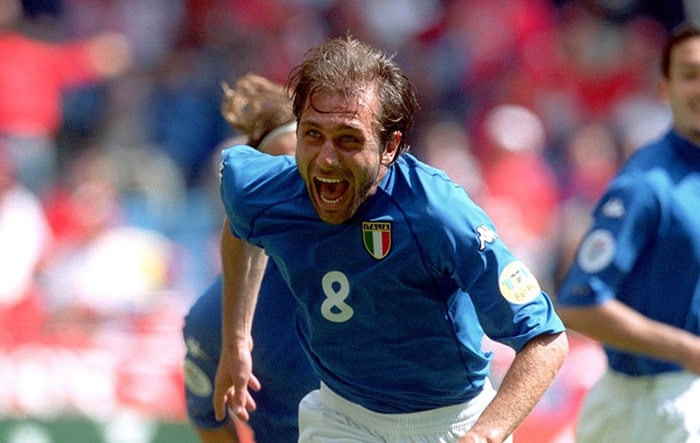 How many hair transplants did he have?

Conte is believed to have undergone three hair transplants in the past 20 years.

He is likely to have had his first two hair transplants in his native Italy, but found the long-term results significantly less impressive than he expected.

Next, he travelled to Canada to try a hair clinic in Vancouver. Clearly, this brought the lasting hair restoration Conte hoped for.

What kind of hair transplants did Antonio Conte have?

This is one of the two hair transplant technologies available, alongside FUE (Follicular Unit Extraction), and is generally considered the least desirable.

First and foremost, the FUT method involves removing a strip of flesh from the back of the head.

This is dissected into tiny pieces under a microscope and implanted into incisions in the area of the scalp affected by hair loss. The space from which the strip was removed is stitched up.

As this is an invasive form of surgery, it leaves patients with visible scarring.

That can impact the level of flexibility they enjoy when choosing hairstyles in the future: if they wear their hair too short, the scar will be on display for everyone to see.

That may not bother some people, but others will feel uncomfortable with the attention such noticeable scars would attract.

So, anyone who wants to try a crew cut style needs to decide if they can live with visible scarring before they opt for FUT.

Another drawback of the Follicular Unit Transplantation is the longer recovery period.

This is due to the treatment’s invasive nature: removing a strip of flesh multiple inches wide means patients need more time to heal than those undergoing FUE.

But it’s likely that the third Antonio Conte hair transplant was a FUE procedure.

This innovative technology involves using a highly-precise micro punch device to extract one graft at a time from the back and sides of the head (usually unaffected by hair loss).

The FUE2 Safe System empowers surgeons with the accurate control they need to remove follicular units without cutting a strip from the back of the head.

They take great care not to form visible patterns across donor areas or extract follicles positioned too closely together.

Otherwise, they could cause donor areas to appear thinned out.

All follicles removed will be cleaned with a special solution designed to preserve them.

This process ensures they’re ready to be inserted back into the scalp safely. Another punch tool is utilised for the implantation stage.

FUE transplants leave no visible scars in the back and sides of the head.

This offers patients unbridled freedom to choose any hairstyle once they’re fully healed and their hair growth is complete.

People are sure to notice the difference in the hair’s density, but they won’t be able to tell that a patient has had surgery without telltale scarring.

Were the treatments successful?

His early transformation was impressive, but the results (sadly) didn’t last.

The most recent transplant, though, has left Antonio Conte with hair that’s dense, stylish, and flattering. 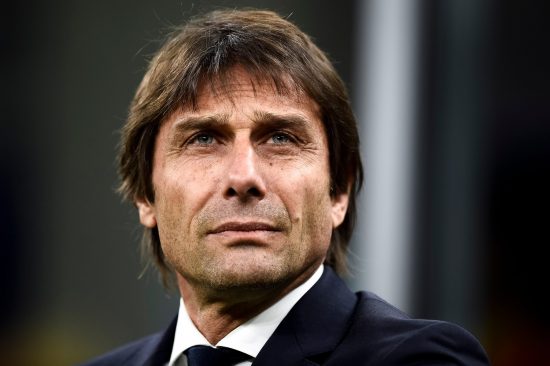 Why did Conte need to undergo multiple procedures? Various issues may be to blame.

How can you get the same treatment Antonio Conte had?

Has the Antonio Conte hair restoration story and his outstanding results inspired you to try a procedure?

HairPalace is here to make the process simple for you.

We utilise the most advanced FUE method available, the FUE2 Safe System, to provide patients with lasting hair restoration.

The procedure is painless and performed in a safe clinic with state-of-the-art facilities.

Multiple packages are available based on the number of follicles you need for effective growth across thinning/bald areas, from 2000 to 6000.

But you need to schedule a consultation with one of our seasoned specialists to determine if you’re a suitable candidate.

They’ll take the time to assess your scalp, identify the amount of follicles required, and discuss the procedure in detail.